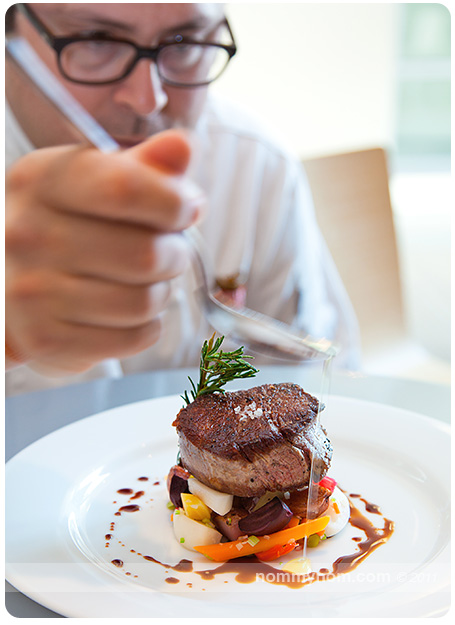 Meet my friend, Chef Larry Monaco.  That’s him behind that big beautifully seared piece of filet mignon.  I have nick-named him “The King of Sear” because, as you can see, he can put a mean sear on just about anything. 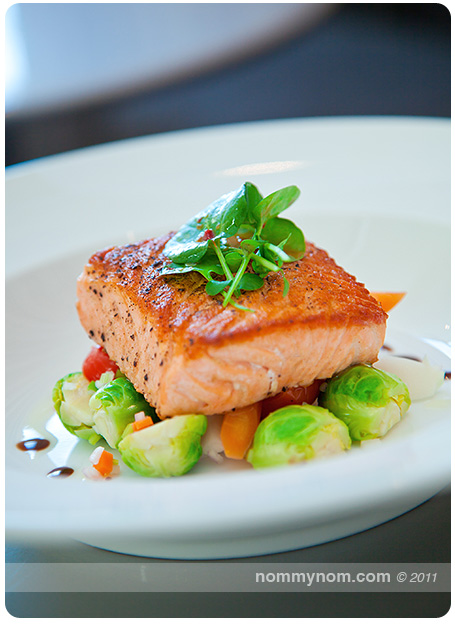 Chef Monaco graduated with a Culinary Arts degree from Cordon Bleu.  He spent several years in Hollywood as a sought after personal chef and caterer for companies like HBO, New Line Cinema, Lion’s Gate and the Grammy Foundation.  Later he moved to New York City where he worked with famous restauranteur Danny Meyers at Tabla.  His next culinary venture would lead him to work at Gramercy Tavern for two years under Chef Tom Colicchio.  It was on a trip to the Pacific Northwest that Chef Monaco fell in love with Seattle and decide it was time to get back to the West Coast where Seattlites have enjoyed his gorgeous food at places like Il Bistro, BOKA and Veil.  Lucky for us! 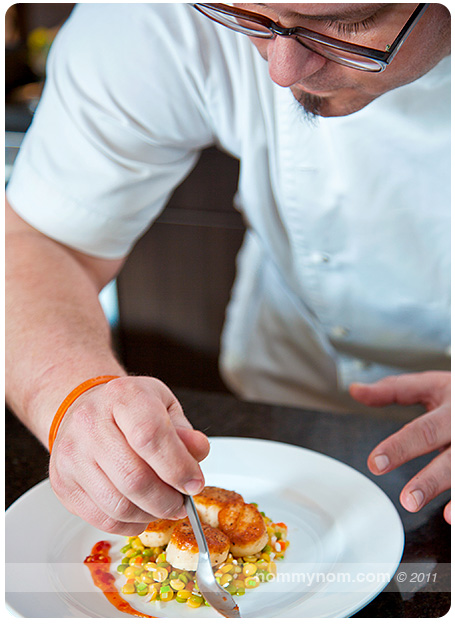 Chef Monaco is committed to using the freshest, local ingredients in the dishes he prepares, which is something I greatly respect about him.  He brings out the best of the natural flavors and plates his dishes with the skill of an artist.  He loves teaching people how to prepare the bounties we enjoy here in the Pacific Northwest and has been pairing up with the great folks over at DishItUp.

Dish It Up is a culinary wonderland.  Pots, Pans, Kitchen Tools, Wine, Cook and Serveware and everything in between can be found there.  I often go there to find props for some of my photography because they have such a great selection.  They also offer Culinary Classes.  I have been to several classes taught by others like Chef Robin Leventhal and Chef Lisa Nakamura.  The classes are always a blast, you get to learn some new techniques and sometimes get to join in.  You get to taste the food that was prepared during class as well as complimentary wine that has been perfectly paired. 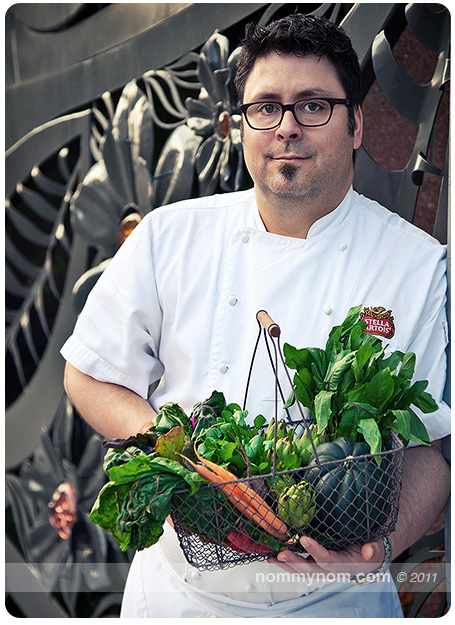 HOW TO ENTER: Go to the syndicated version of NommyNom and make a post telling us about your favorite Pacific Northwest ingredient.
Official Contest Site: NommyNom’s Chef Larry Monaco & Class Giveaway

WHO WILL WIN: The winner will be chosen by random drawing on March 5th and announced at 9:00am PST on March 5th, 2011.  You must provide a valid name and email address with your entry.  Winners will have 24 hours to claim their prize, if left unclaimed the prize will go to a runner-up determined by random drawing.

Dish It Up will be featuring Chef Larry Monaco in several classes in March.  Here’s the schedule of his upcoming appearances, please contact DishItUp to book your class:

Please be sure to visit Dish It Up’s website for more details about class schedules and information.

PLEASE NOTE: Comments are disabled for this post, to enter please visit the official contest entry site and make your comment there:
Official Contest Site: NommyNom’s Chef Larry Monaco & Class Giveaway
One entry per person, duplicate entries will be deleted.

Full Disclosure:  This giveaway is made possible by the generosity of DishItUp and Chef Larry Monaco.

RESTRICTIONS: Contest is open only to residents of the Seattle area and Pacific Northwest. Contest winner is responsible for their own travel to and from the event, and any related expenses.  Chef Larry Monaco, DishItUp and NommyNom are not responsible for any expenses outside of the cost of tuition and food for the event.  Prize is non-transferrable, non-fundable and may not be exchanged for cash.

This entry was posted in Events, Out & About. Bookmark the permalink.